Early in the 19th century, Napoleon and his heirs took on almost all of Europe in his conquest for power. Their triumphs and defeats inspired the music of Victory.

In 1812, Napoleon invaded Russia and marched east toward Moscow, defeating Russian armies along the way. Once in the deserted capital, the Russian winter proved stronger than the French army, and they quickly retreated to (slightly) warmer climate. Pyotr Ilyich Tchaikovsky’s 1812 Overture depicts the scene.

Ludwig van Beethoven puts you in the middle of the action at Wellington’s Victory when, a year later in Spain, the First Duke of Wellington led his troops to conquer the French army at the Battle of Vitoria.

In Zoltán Kodály’s Háry János Suite, a loveable, old Hungarian veteran of the Napoleonic Wars sits at his favorite bar recounting war stories (though most of them are complete B.S.). Our hero, “Háry János” or “John Harry,” tells everyone at the bar his far-fetched war stories — including how he won the heart of Napoleon’s wife before single-handedly defeating him (and all of his armies!).

Years later, Napoleon III (Bonaparte’s nephew) seized power as Emperor of France. His demise came during the Franco-Prussian War, a conflict between France and the Kingdom of Prussia, an early version of modern-day Germany. The war, and Napoleon III’s reign, culminated in the 1870 Seige of Paris. Composer Camille Saint-Saëns’ friend Henri Regnault died in the war, and Marche héroïque was written as an homage to his memory.

Camille Saint-Saëns was devastated when he received news of the death of his friend and colleague, Henri Regnault.

Regnault was primarily known as a painter who had won the prestigious Prix de Rome in 1864. Also a talented amateur singer, Regnault had performed the title role of Saint-Saëns’ Samson et Dalila in a private performance prior to the opera’s official premiere.

The uplifting Marche héroïque celebrates Regnault’s life and accomplishments with a combination of triumphant and heartfelt passages. This seven-minute march also captures the nobility of the French resistance to German forces during the 1870–71 siege of Paris.

Saint-Saëns was the first famous composer to score a film in 1908 starting a trend that continues today. You’re welcome, John Williams.

“The voice of Kodály in music is the voice of Hungary.” – Sir Arthur Bliss

In 1905–06, Zoltán Kodály traveled to the far corners of Hungary collecting and recording folk music on wax cylinders. During this time, he also became acquainted with Béla Bartók. The two men shared a passion for Hungarian folk idioms, and Kodály taught Bartók his methods for collecting and preserving their country’s indigenous music. The time both men spent immersed in this ethnomusicological work also had a profound influence on their own compositions; Bartók tended to write original folk-inflected music, while Kodály often combined a mixture of pre-existing folk tunes and his own inventions.

In 1926, Kodály featured this blend of original and indigenous music in his singspiel (operetta) about Háry János, a historical figure from the early 19th century. János, a foot soldier in the Austrian army’s fight against Napoleon, had a knack for embellishment, and later claimed the rank of general. After the war, János returned to his village and regaled his friends with a series of colorful tales about his “adventures.”

“Day after day he sits in the tavern and recounts his incredible heroic feats,” wrote Kodály about János. “He is a true peasant, and his grotesque inventions are a touching mixture of realism and naiveté, of comedy and pathos. All the same, he is not just a Hungarian Baron Munchausen. On the surface, he may appear to be no more than an armchair hero, but in essence, he is a poet, carried away by his dreams and feelings. His tales are not true, but that is not the point. They are the fruits of his lively fantasy, which creates for himself and for others a beautiful world of dreams … We all dream of the great and impossible. Few of us master, like Háry, the courage to utter our dreams.”

Kodály chose six movements from the complete singspiel for the orchestral suite he made in 1927. The Prelude, titled “The Fairy-tale Begins,” opens with a gigantic orchestral sneeze, indicating the fantastic nature of what follows. The music features an expansive, heroic theme, suggestive of a 1930s film score. This ends abruptly with the chiming of the Viennese Musical Clock and a jaunty march. For the Song, Kodály chose an existing folk melody, “Tiszán innen, Dunán túl” (This side of the Tisza), from Háry János’ birthplace, Tolna County. We first hear a solo viola, followed by several variations. The melody’s plaintive quality is enhanced by the inclusion of the cimbalom, an eastern European hammered dulcimer, in the accompaniment. The Battle and Defeat of Napoleon features military instruments, particularly brass and percussion, to convey the epic conflict between Napoleon’s army and that of Holy Roman Emperor Franz II. The French forces march to a distorted parody of “La Marseillaise,” and, in a revisionist version of historical events, Kodály accompanies Napoleon’s “funeral” with a mournful saxophone. The cimbalom returns in the Intermezzo, a verbunkos. This most popular Hungarian dance is known for its offbeat accents, as well as contrasting slow (lassú) and fast (friss) sections. The march of the Entrance of the Emperor and His Court is appropriately gaudy, bedizened with sparkle and brilliant colors that end the Suite with a dazzling flourish. “I would advise my young colleagues, the composers of symphonies, to drop in sometimes at the kindergarten, too. It is there that it is decided whether there will be anybody…

The Viennese audience at the December 8, 1813 concert of music by Ludwig van Beethoven was in a celebratory mood.

The performance, held at the University of Vienna and organized by Beethoven’s friend, inventor Johann Nepomuk Mälzel, was a benefit for Bavarian soldiers injured in battle against Napoleon and featured the premiere of Beethoven’s Wellington’s Victory, Op. 91, also known as the Battle Symphony. This triumphal work commemorated Field Marshal Arthur Wellesley’s recent victory over the French at the Battle of Vitoria (Wellesley became the Duke of Wellington in 1814).

Beethoven originally wrote Op. 91 for one of Mälzel’s inventions, a mechanical instrument known as the panharmonicon. Essentially a mechanized military band, a bellows powered the panharmonicon (the instruments were played by means of keys attached to pins on a revolving drum, like a music box). In addition to his score for the panharmonicon, Beethoven also arranged Op. 91 for orchestra with additional brasses and a large percussion battery.

Wellington’s Victory is a quasi-literal musical interpretation of the famous battle and features several well-known melodies representing the opposing forces. It opens with a snare drum, which crescendos into a defiant trumpet declaring the British readiness for battle. The orchestra launches into “Rule Britannia,” whereupon the French, heralded by a similar snare drum/trumpet fanfare, arrive. Beethoven skips “The Marseillaise,” the playing of which was a treasonous act in Vienna at the time, and instead sounds the tune best known in French as “Marlborough s’en va-t-en guerre” (Marlborough has left for the war), aka “For He’s A Jolly Good Fellow.” After this musical posturing, Beethoven gives us a full-on musical battle, complete with cannon fire, and multiple ratchets providing the rat-a-tat sound of gunfire. The defeated French abandon the field to a funereally slow reprise of “Marlborough.” The closing victory music includes the tune “God Save the King,” which Beethoven transforms into a series of jubilant variations.

Although Wellington’s Victory was understandably popular in its time, today it is seldom performed and has largely faded into obscurity. The audience at the 1813 premiere might have been surprised to find that it was the other main work on the program, Beethoven’s Seventh Symphony, which is today considered one of Beethoven’s masterpieces. Although the 1812 Overture is one of Pyotr Ilyich Tchaikovsky’s best-known compositions, he thought little of it.

He wrote it for his friend and colleague Nikolai Rubenstein, director of the Moscow Conservatory, who wanted music to commemorate the consecration of the Cathedral of Christ the Savior in Moscow, built to mark the Russian victory in 1812 over Napoleon and the 25th-anniversary celebration of Alexander II as czar. Rubenstein envisioned a grand outdoor aural spectacle for the audience, and Tchaikovsky was subsequently inspired to score the work for cannons, a military band, and church bells, in addition to the orchestra.

The premiere of The Year 1812 (the formal title of the 1812 Overture) was actually held in a concert hall, minus cannons and bells. Despite the lack of firepower, it was an immediate success and has since become a summer staple of orchestras and a perennial audience favorite. Throughout the 1812 Overture, Tchaikovsky interjects fragments of the French national anthem “La Marseillaise” to represent Napoleon. Tchaikovsky also quotes the Russian national anthem, “God Save the Czar;” a hymn from the Russian Orthodox Church, “God Save Thy People,” and fragments of a Russian folk song in the opening theme. These musical quotations symbolize the heart and soul of the Russian people.

Regarding the 1812 Overture, Tchaikovsky complained to his patron Nadezhda von Meck, “The ‘Overture’ will be very loud and noisy, but I wrote it without any warm feelings of love and so it will probably be of no artistic worth.” While critics have argued over the years about the “artistic worth” of Tchaikovsky’s music, audiences have remained his staunchest supporters, and his music is consistently among the most requested and performed by symphony orchestras around the world.

The enduring popularity of the 1812 Overture has never diminished, thanks in part to the advent of recording technology. In 1958 conductor Antal Doráti and the Minneapolis Symphony (now the Minnesota Orchestra) made the first high-fidelity recording of the 1812 Overture for the Mercury “Living Presence” label. This innovative recording includes separate tracks for the cannons and church bells, as well as a voice-over narration, which explained the new recording technique. The recording also features a 1775 bronze cannon used in the Napoleonic wars.

Staging this work presents unusual challenges because of the inclusion of cannons in the finale. The timing of the cannon bursts is crucial, as Tchaikovsky indicated in his score that they were to sound on specific beats. Determining the length of the fuse and lighting it at the precise moment to fire on cue requires an expert. 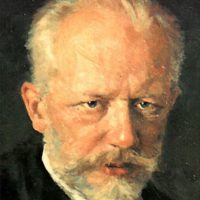 Tchaikovsky was a known hypochondriac and literally thought his head was going to fall off while conducting. He went so far as to hold his head up with one hand…